To commemorate those who lost their lives and health through their service, and to acknowledge the doctors who’s contribution would have otherwise remained unknown and unacknowledged.

To our friend, colleague and co-author Michael Jelly who has been sadly missed in the final stages of compiling this book.

Britain declared war on 3rd September 1939.  Australia, as part of the British Empire, also declared war on Germany.  Australian Prime Minister Robert Menzies famously announced: Fellow Australians, it is my melancholy duty to inform you officially, that in consequence of a persistence by Germany in her invasion of Poland, Great Britain has declared war upon her and that, as a result, Australia is also at war.  Consequently, approximately one million Australian men and women committed themselves to military service in the Australian armed forces during WWII.

Blood, Sweat and Fears III completes the trilogy of books of the lives of South Australian doctors who served during WWII.  There are 279 one-page biographies in this book that describes the commitment and compassion of the doctors who were willing to set aside their professional lives to serve their country, during this terrible time.   Interspersed with the biographies are snippets of direct quotes from diaries and newspapers, which places the reader into the context of Australian people during WWII.  This important book completes a trilogy that documents the war service of South Australian doctor’s from 1914-1975. 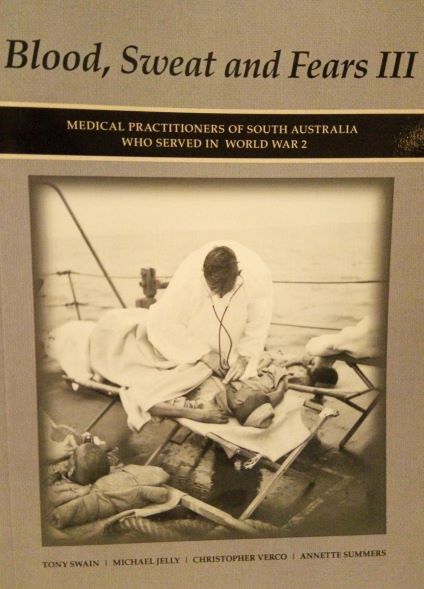