Recycling is important to our lives now, but this is not a 21st Century idea. Believe it or not, the first instance of recycling was performed by the Australian Army during World War II, when they resurrected an 18 pounder gun left over from World War I and put it to good use in France in 1940.

We must firstly recognise the outstanding service this gun gave during WWI, and the Australian gunners who toiled under extreme conditions in serving this weapon.

During World War I (and between the two world wars) the 18 pdr gun was the main, and most successful, field gun in service in the British, Australian and other allied armies.  18 pdr guns in service with Australian artillery units saw service in Gallipoli, but really came to the fore in the horrific campaigns in France and the Western Front.  In speaking of the success of the Australian second division in late September 1918 (Australia’s last attack of the war), Brigadier-General Coxen (artillery adviser to the Australian Corps commander, Lieutenant-General Monash) reported that “the success of the operations of this corps is, in very great measure, due to the excellent work of the field artillery’, (‘the gunners, (1995) David Horner).

18th Battery, Australian Field Artillery was an Adelaide Unit equipped with 18 pdr guns.  The guns were in action for 602 days of the 1227 days overseas – during that time 146,264 rounds were fired.  These quantities of ammunition are mind-boggling!

The 18 pdr gun was modernised between the wars by converting the wooden spoke wheels to large truck wheels fitted with pneumatic tyres, which allowed them to be towed by trucks, instead of a team of six horses, hence the first invention of recycling. The ammunition limbers were still used with the trucks.

Museum volunteers have worked long and hard to restore this gun to its original condition. To achieve this the truck wheels and pneumatic tyres were removed and our Wheelwright, Peter Foster, created a replica of the original wooden spoke wheels. With the expert advice of Engineer Frank Miller, the new stub axle components were also produced.

It is well worth the effort for visitors to come to the Museum and stand before this mighty weapon to witness the dedication and expertise of the volunteers who toiled to resurrect this piece of our history. 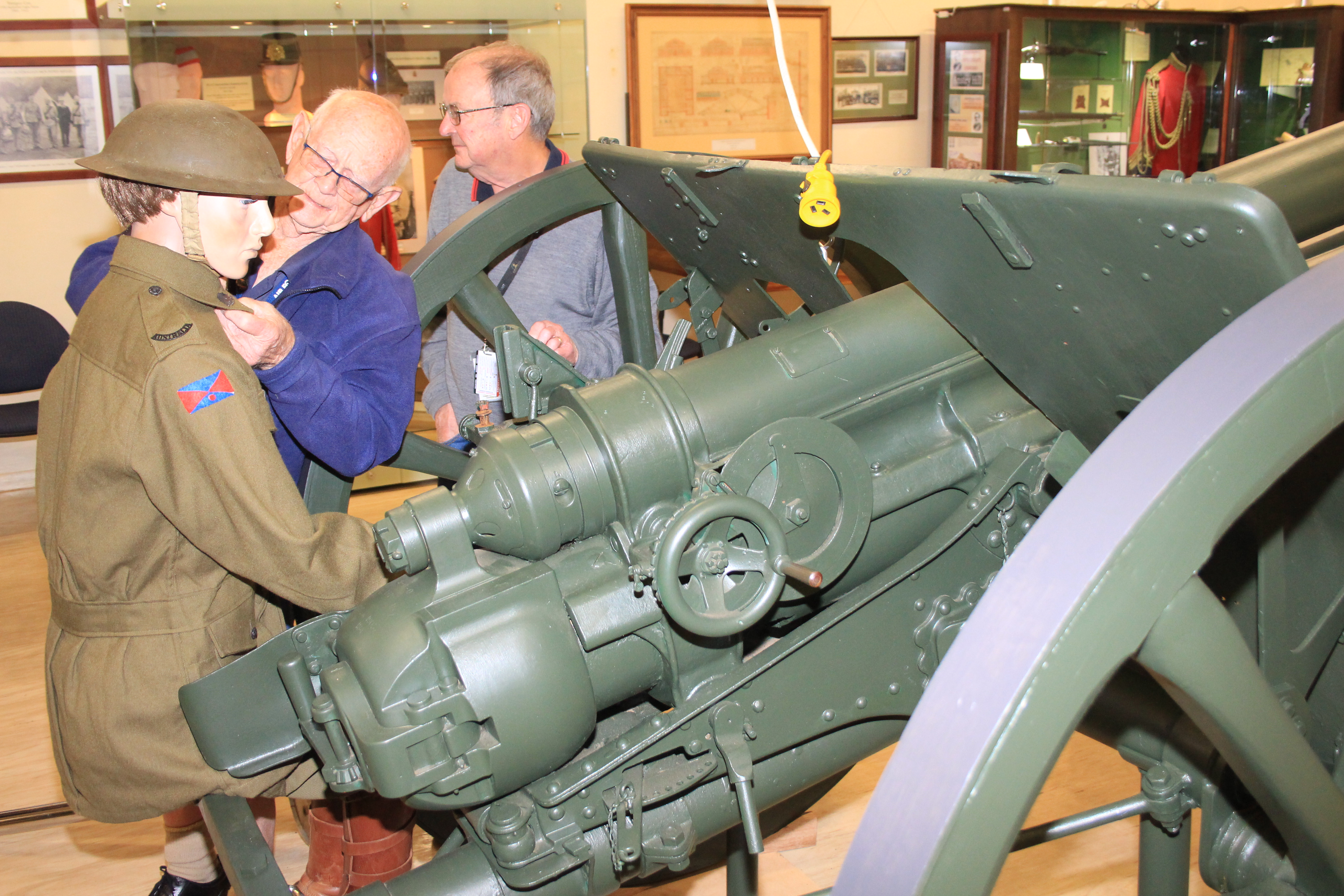 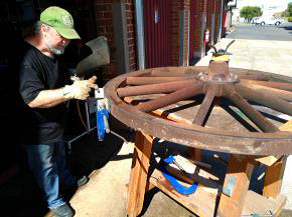 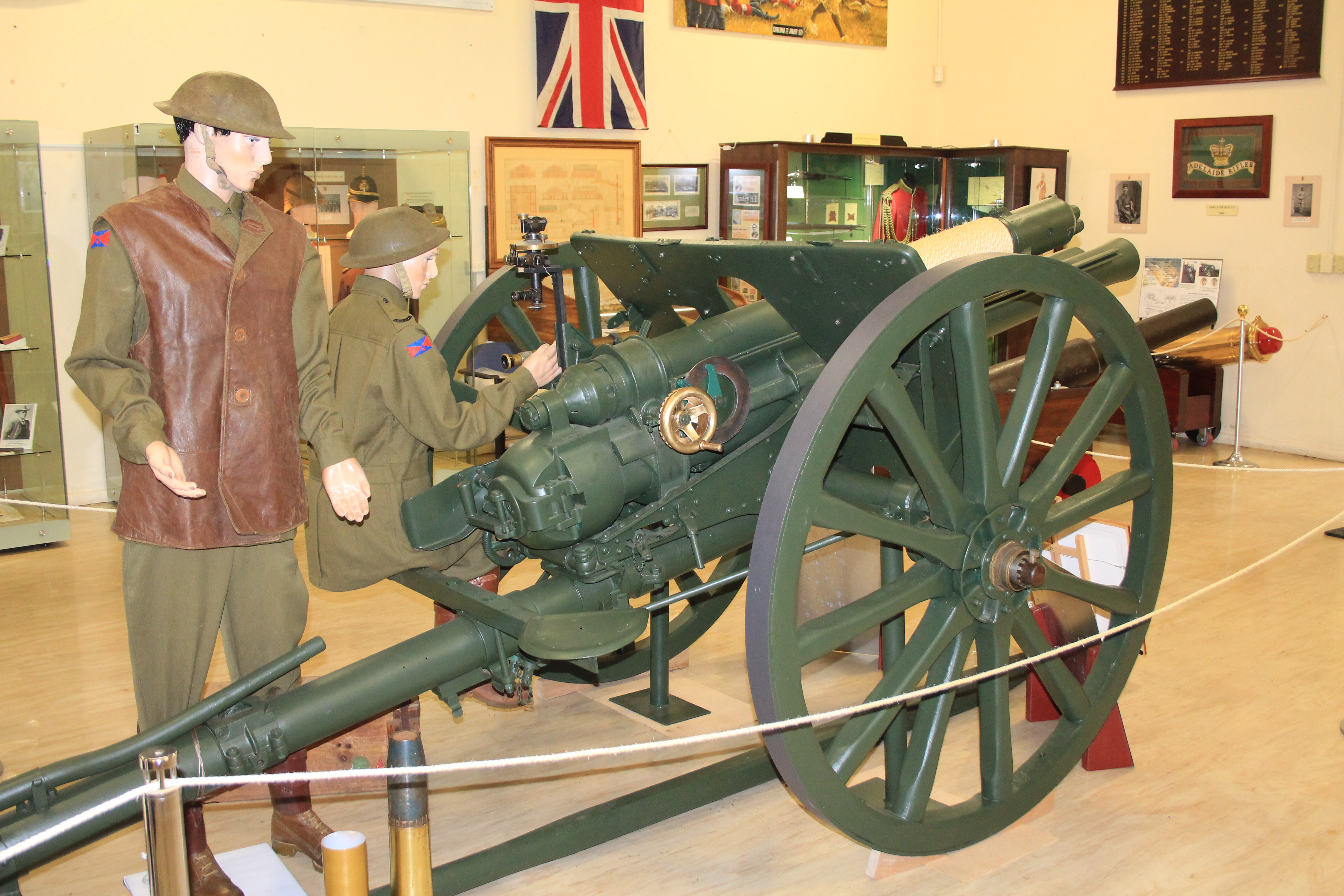 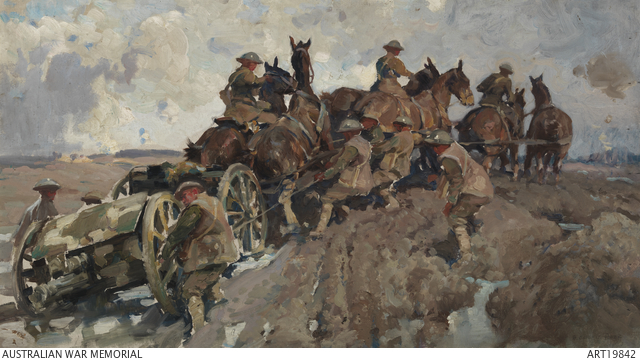