On 25 April 1915, Australian soldiers landed at what is now called Anzac Cove on the Gallipoli Peninsula.

For the vast majority of the 16,000 Australians and New Zealanders who landed on that first day, this was their first experience of combat. By that evening, 2000 of them had been killed or wounded.

The Gallipoli campaign was a military failure. However, the traits that were shown there – bravery, ingenuity, endurance and mateship – have become enshrined as defining aspects of the Australian character.

It lay in the mettle of the men themselves. To be the sort of man who would give way when his mates were trusting to his firmness … to live the rest of his life haunted by the knowledge that he had set his hand to a soldier’s task and had lacked the grit to carry it through – that was the prospect these men could not face. Life was very dear, but life was not worth living unless they could be true to their idea of Australian manhood. 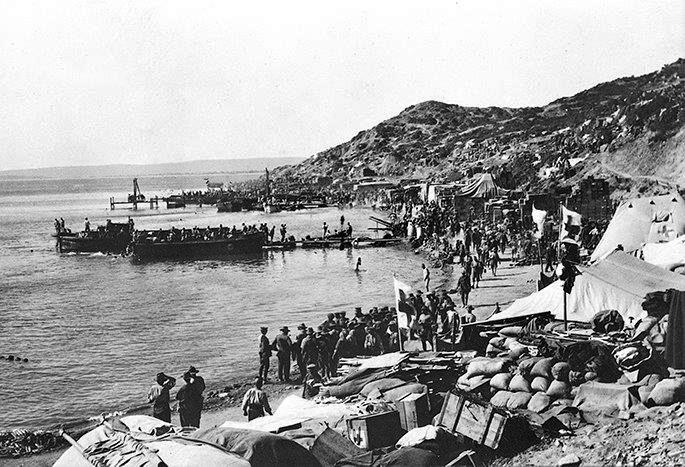 Map showing the intended landing of the ANZACs and where they were wrongly landed.

When ammunition was low, jam tins were saved, loaded with debris and a detonator, and hurled at the enemy